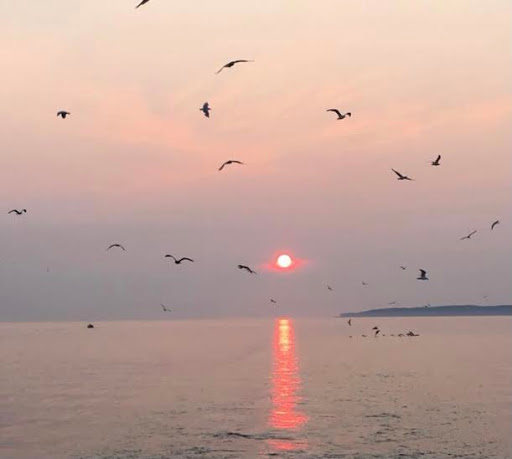 The opposite of roar is gasp, and the Gasping Twenties could certainly work to this point out of the gate, in terms of the unexpected.

You know you’ve been through a ringer of a year when, lying in bed on a late December night, thunder and lightning is mistaken for either an alien invasion or a monster tsunami ripping in from the Grand Banks, and neither scenario staves off sleep.

Turnaround Twenties has a better ring to it. When all is said and done, wouldn’t it be nice to look back at the decade ahead as a time when Newfoundland and Labrador finally got its act together?

That’s not how it’s shaping up. The last act of the House of Assembly before settling down to a winter’s sleep was to unlock some pensions so people can tap into them early to pay for today. No word on tomorrow, and what they'll live on then.

The sky really has fallen, and Chicken Little is dozing on the couch with government’s teat in its mouth. Just wait until the tap’s cut off — the place will go up then.

National columnists are predicting Newfoundland (Labrador wasn’t mentioned, again) will finally invoke the “b-word, as in bankruptcy” in 2021 to describe our fiscal woes, but then the same columnist also predicts Nova Scotia will be the only province in the New Year to hold an election.

The signs here also scream of a trip to the polls, the surest one being when cabinet ministers hold fundraisers in a pandemic. Do as I say, not as a Liberal is entitled to do. That’s not to say the Tories or NDP are any better.

There’s no luxury of difference between political parties when the treasury’s empty, and you’re a ward of the federal state. This is where the opportunity lies, with our backs to the wall.

I’ve written it before, the time is now — before bankruptcy does us in — to reset our economic relationship with Canada.

Isn’t sinking enough reason to abandon the Upper Churchill contract, to demand — not just an Atlantic Loop — but a national energy policy, to take control of our commercial fisheries and invoke the adjacency principle, to explore every last option open to us. To be bold, to be daring, to think outside the Confederation box. To finally grow the hell up as a province.

Even now, at least one prominent local journalist fears this province is “whistling in the dark toward Commission of Government.” He has a point: there but for the grace of Ottawa goes Newfoundland and Labrador.

Posted by fishermansroad at 4:13 PM